Microneedling – Treatment of the Year 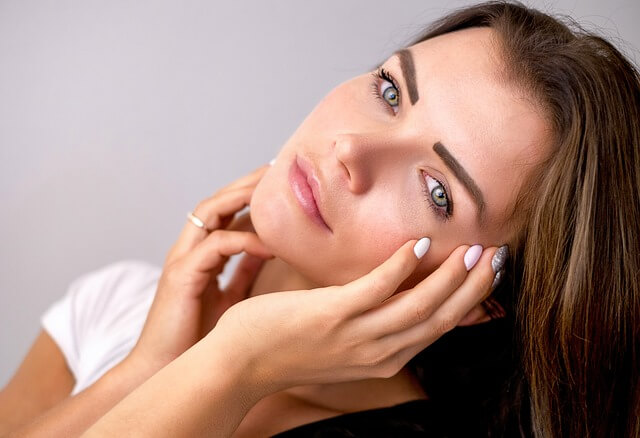 By now I believe everyone has heard of Microneedling. The procedure consists of small needles which puncture the surface of the skin in order to encourage the production of collagen, which then renews the skin tissue. In consequence, the new skin will come up firmer and more toned.

We saw strong growth for Microneedling in the previous year, but according to Google Trends, the number of internet searches for “microneedling” has considerably increased over the past couple of years. In 2019 searches for this term are still on the rise and seemingly nowhere to stop. You might think that the reason behind the treatment’s popularity rests in the fact that it is quite new in the aesthetics industry. Well, think again because according to various sources, microneedling was first used in 1905 by German dermatologist Ernst Kromayer. He was treating scars, hyperpigmentation and birthmarks. 90 years later in Philadelphia, Microneedling was becoming the procedure we recognise today with the help of Dr Desmond Fernandes. At the same time, he was developing a small needle stamp which was inducing collagen production, these days known as the dermapen.

Now that we know a bit more about the history of Microneedling, you might wonder what conditions this procedure can improve. Rest assured we have prepared a list for you.

Scars occur at the end of a skin healing process. Most common scars scars. It is estimated that 50% of acne scars come from pimples. The remaining percentage is dependent on the . For example, people with darker skin tones are more likely scarring and pigmentation after acne due to melanin present in the skin. Henceforth, the skin tends to over-heal excess tissue which consequently becomes a scar.

But can work on other types of scars, including post-surgical scars. It is an established fact that when a wound heals, scar tissue forms.

During the scar correction treatment, the needles penetrate into the dermis (the layer of skin that sits between the epidermis and the subcutaneous fat). This action produces micro bruises which accelerate the healing process. Needling is very effective in restructuring the skin in order to improve the look of scarring.

There are currently more treatments that we could name on the market for ageing skin. Although dermal fillers are commonly associated with anti-ageing treatments, microneedling is becoming more and more popular for both men and women due to its fantastic results in rejuvenating the skin.

The procedure can treat wrinkles on the face with the advantage that it can reach more difficult areas such as around the mouth. It smooths and refreshes the appearance by eliminating all the subtle signs of ageing.

Loose skin is another obvious sign of ageing. As collagen levels decrease, the skin loses some of its elasticity which leads to sagging skin.

By using microneedling, your skin is forced to start its healing process in which it begins producing fresh collagen in order to replace the damaged one. This, in turn, increases your body’s natural production of collagen and elastin. The result? Tighter skin which will make you look younger.

Stretch Marks happen when the skin is pulled by rapid growth or stretching. This results in fine lines on the body. It is estimated that around 80% of people have stretch marks. Whilst it seems that women are the most vocal demographic when it comes to this condition, men are also affected by these thin lines.

When these small needles puncture the skin on the problematic areas, the newly generated collagen is used to heal the tear in the dermis which caused the stretch mark to begin with. The outside layer of the skin is not affected by needling, which makes this a great procedure to treat stretch marks. This then results in smooth skin and improvement in terms of colour and tone.

Although Microneedling can seem scary at a first glance, you should know that is very minimal or almost no downtime after the treatment. Depending on each person’s skin sensitivity, you might see some red spots, which will disappear in a short amount of time.

And as a bonus, unlike other skin corrective procedures such as laser therapy, this treatment is safer for people with darker skin tones. Moreover, it is considered safe for thin and sensitive skin.

The Age of ‘Tweakments’

Microneedling – Treatment of the Year

Sign up to our newsletter to receive personalised special offers.